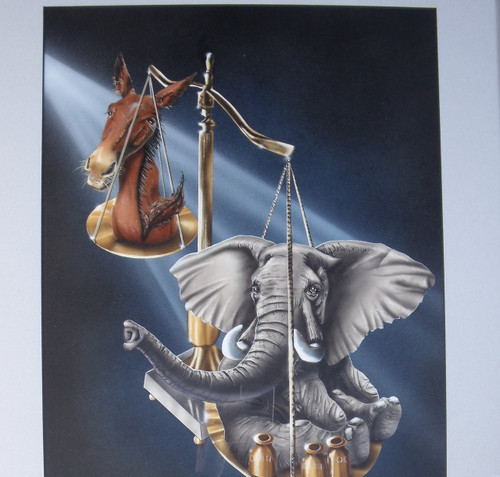 Mike Harper a realistic airbrush artist who has illustrated professionally for over 15 years.  Born in Atlantic Highlands, NJ, he failed art in kindergarten. This did not stop Harperfrom fulfilling his dreams to become an illustrator. He went on to Parsons School of Design and worked with photographer & cinematographer Chuck Fishbein. He further studied airbrush painting with noted illustrator Broeck Steadman.

Mr Harper has worked with numerous publishing companies and advertising agencies that range from American Tourister to Zebra Pens.  He specializes in people and products for any type of need either a book jacket to a poster promoting an item.

He recently had a one man show at Monmouth University: Mike Harper: The Art of Illustration