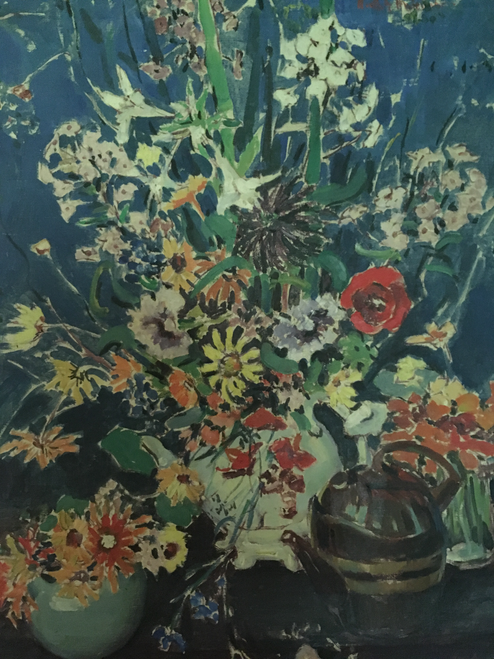 Ruth A. Anderson was born in Carlisle, Pennsylvania in 1891 and died in Boston in 1957. She lived throughout her professional career in Baltimore (until 1920), Boston (1920-1957) and summered in Gloucester. By 1905 she was a student at the Pennsylvania Academy. She studied with her aunt Esther M. Groome, at the Pennsylvania Academy of Fine Art with Anschutz, Breckenridge, Cecilia Beaux, William Merritt Chase, Jonas Lie; and on a Cresson Traveling Scholarship (1912) with Emil Carlsen and J. Alden Weir.

She married Samuel Temple, and they lived in Boston and Gloucester where from 1916, she painted the beach scenes for which she is known. She was a founding member and exhibitor of the North Shore Arts Association.

Anderson was a member of the North Shore Art Association (founding member), the Guild of Boston Artists, Washington, DC Society of Artists, Plastic Club and the National American Women Artists. She exhibited extensively at the Pennsylvania Academy of Fine Arts (1917-1932), the National Academy Annuals (1917-1920, 1923), the Art Institute of Chicago (1920-1922), the Corcoran Gallery (1919-1926), the Macbeth Gallery (NYC 1923) and won awards at the National American Women Artists (1922) and the North Shore Art Association (1930).

Because of a fire in her Boston studio at 53 Charles Street, many of Anderson’s works were destroyed during the Great Depression. She was known well for her Gloucester harbor and beach views and her light, bright, loosely constructed impressionism is individually unique. She is written about in Pettey’s Dictionary of Women Artists and Who’s Who in American Art (through 1940).

Courtesy: Falk, Who Was Who In Amer Art Vol 1, Pierce Galleries